While Bangor Castle is well-known as a stately home within the town, it was actually one of three built in Bangor and the last of the trio to be erected.

A tale of three castles

Castle one: The first castle was built by Sir James Hamilton around 1615 and included a granary and stables, with formal gardens surrounding the house. While there are no remaining images of the castle it is, however, depicted on the Raven Map, dated 1626, which can be viewed at the museum.

Castle two: Little is known about Bangor’s second, Gothic-style castle, although it’s thought to have been built by either Col Robert Ward (1754-1831) or his son Michael Edward Ward (1789-1832). The grounds mostly comprised lawns, with just a few clusters of trees, as Ward wanted to enjoy the beautiful view over Belfast Lough. However, he also erected some buildings out of sight downhill and planted woodland around the rear of the house.

Castle three: The third castle or stately home, which we know today as Bangor Castle, was an Elizabethan-style structure completed in 1852 for Robert Edward Ward (1816-1904). With stables, gate lodges, a summer house, walled garden and an impressive arboretum, the grounds also featured grassy lawns so Ward’s family and friends could play popular Victorian sports, such as tennis and croquet.

Robert Edward Ward and his wife Harriette had only one child – a daughter called Maude, who married Co Mayo’s Fifth Baron Clanmorris (George Barry Bingham) in 1878. They in turn had three daughters and seven sons, one of whom (Barry) won the Victoria Cross in honour of his service during the Battle of Jutland in 1916.

Lord Clanmorris died in 1916, with Maude surviving him for another 25 years. Both are interred in a private plot in Castle Park. In 1941, their descendants sold the castle and 155 acres of parkland to the local authority, the then Bangor Borough Council, and it re-opened as a Town Hall in 1952. Bangor Castle is now the Town Hall and main civic building of Ards and North Down Borough Council. 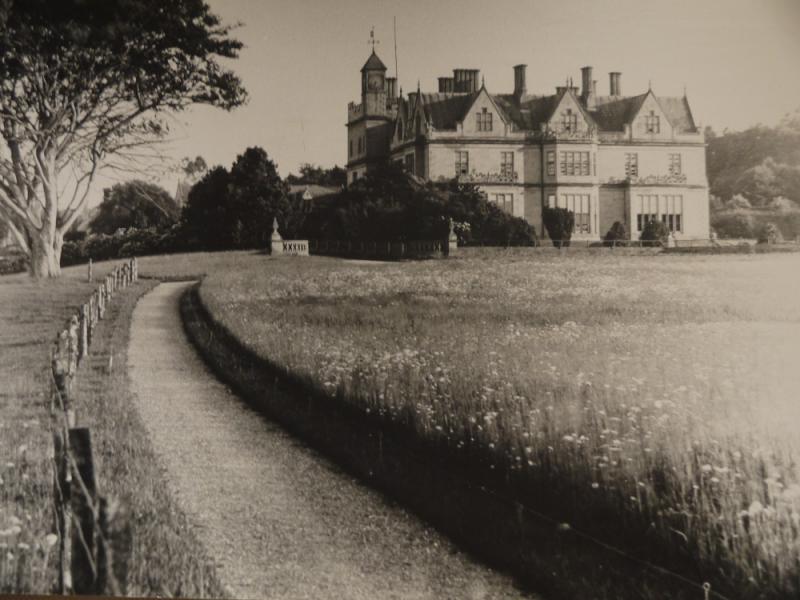 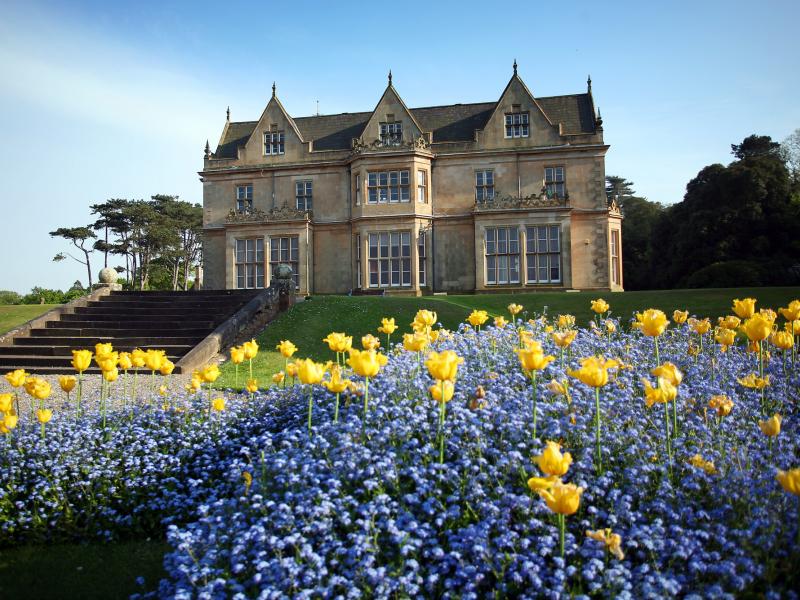