North Down Museum has worked closely with eight local historical societies and heritage groups to highlight particular aspects of the commercial and/or industrial heritage of towns and villages across the borough.

This project was made possible thanks to funding from the National Lottery Heritage Fund. See below for a selection of videos created by each group.

In the 18th and early 19th centuries, Bangor became an industrial centre for cotton-spinning. However, its character changed in 1865 when the new railway transformed the town into a popular holiday destination.

This video from North Down and Ards U3A and Bangor Historical Society explores the varied industries and businesses within the town – from cotton-spinning and the coal industry, to fish shops and ice cream traders.

Learn about the Hannay and McWilliam Cotton Mill, as well as Neill’s Coal and McKeown’s Fish Shop. There are also details on the ice cream shops and dance halls belonging to the Italian families who came to the area in the early 1900s.

Fed by a system of small, fast-flowing streams, Comber harnessed this natural power for its early industries, using water for its distilleries and flax-spinning mill.

This video from Comber Historical Society charts the life of the Andrews Flax-spinning Mill – from its creation in the 1860s, to its closure in 1997. At its peak, this one mill provided employment for more than 500 people. Other industries that once existed in the town are also highlighted, such as the Comber Distilleries, Albion Clothing Factory and Ulster Castings.

These videos from the Donaghadee Historical Society looks at the town’s former gasworks and carpet factory. Although both are no longer in existence, they’re well-remembered locally.

The Donaghadee Gas Light Company Gasworks opened in 1863, supplying gas to local residents. It was later purchased by the Roberts family in 1913, before being taken over by Bangor Gasworks in the 1960s.

One of the largest employers in Donaghadee for many years, the carpet factory was opened by Cyril Lord in 1957 and employed up to 1,000 local men and women.

The Finlays of Holywood and Belfast

Members of the family associated with the famous Finlay soap and candle factory in Belfast, have lived in Holywood for 150 years.

This video from the Holywood U3A explores the history of both the company and this fascinating local family. Learn about their fascinating exploits – from supplying their candles to Harland and Wolff shipbuilders and developing engineering patents, to living on a coffee plantation and serving in the Boer War.

After linen-weaving was introduced by Scottish settlers this remained the main industry in Newtownards for almost 200 years. By the end of the 18th century, however, cotton-weaving and embroidery replaced linen. At its height, this industry employed more than 600 weavers and 1,000 women, who embroidered all of the hand-finished woven products.

This video from Ards Historical Society explores these and other industries which came to Newtownards in the 20th century, such as the manufacturing of hosiery, fabric-weaving, textile-printing, engineering, aircraft production, quarrying and milling. Unfortunately, economic factors led to the closure of most of these businesses, ending more than 350 years of industry within the town.

Even today, travelling by road from Portaferry to Strangford takes over an hour, while crossing The Narrows takes eight minutes, so a ferry has always been needed to move people, animals and goods between the two.

This video from Portaferry and Strangford Trust (PAST) explores the many modes of transport used to cross this stretch of water – from wooden sailboats and steamboats to the modern ferry. You’d be amazed at what has been carted across over the years!

The Wetherdair factory in Ballywalter opened in 1949.  This was at a time, shortly after the 2nd World War when work for women on the Ards Peninsula was scarce.   The peninsula had a long tradition of “sewing” .  Women would gather in each others houses to embroider and “chat`’.  The items they produced were of the highest quality and included amongst others,  tablecloths, bedlinen, hankies, fire screens, teacloths and monograms on high quality items.

This video created by Ballywalter Historical Society explores the history of the factory. 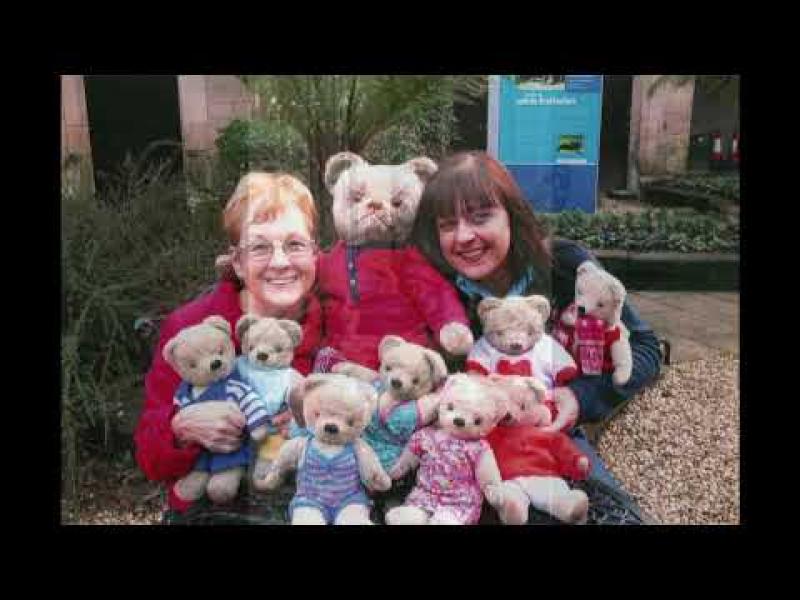 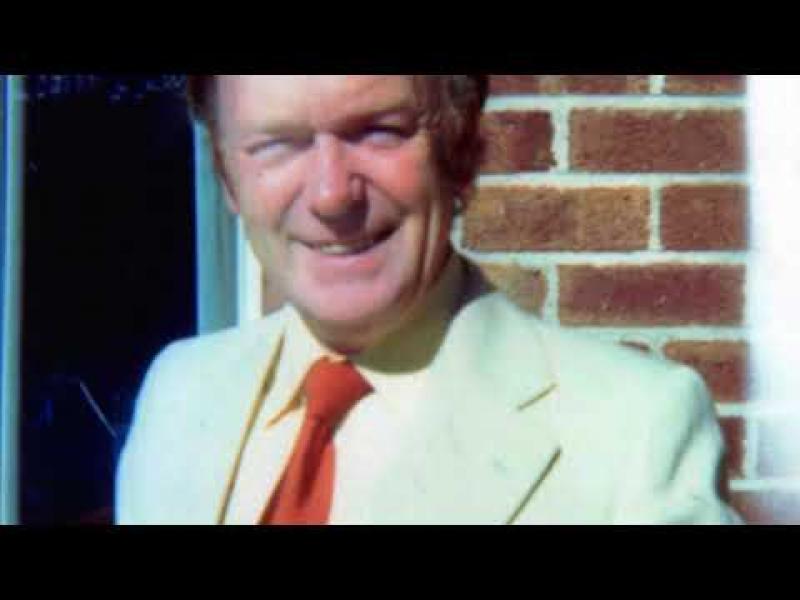 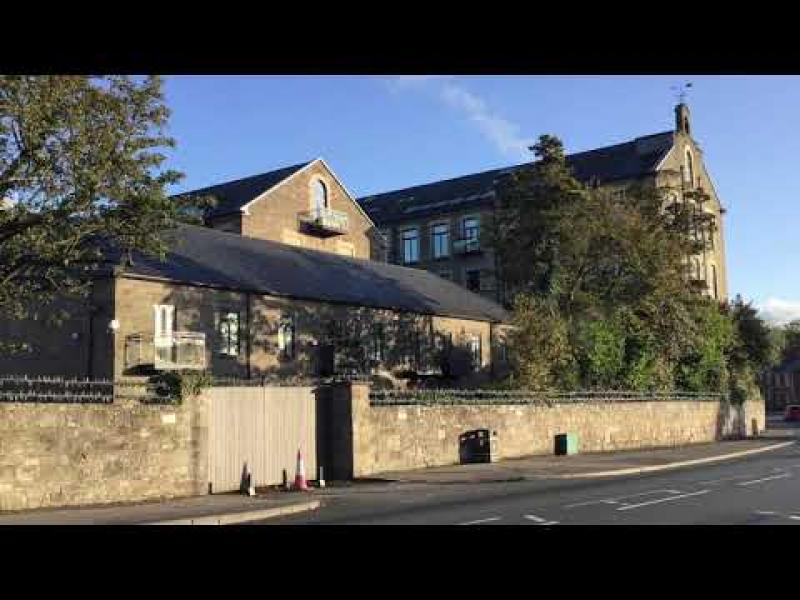 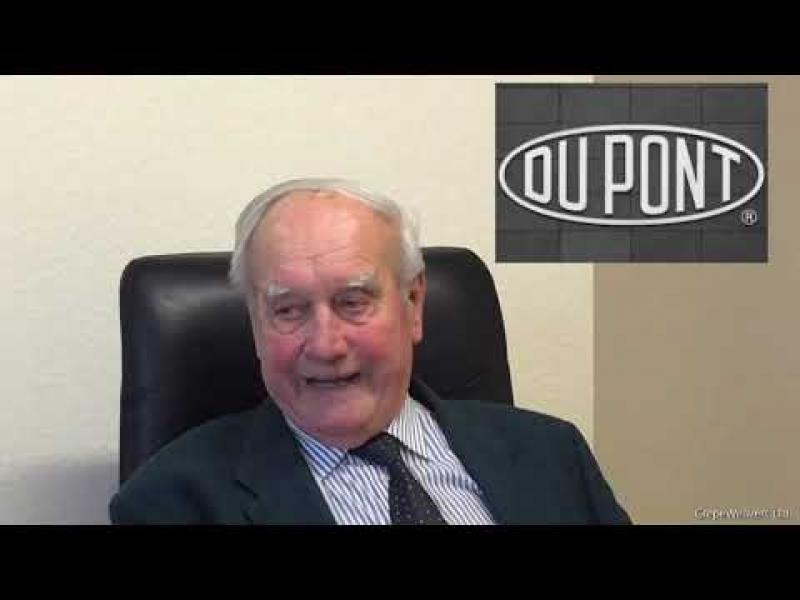 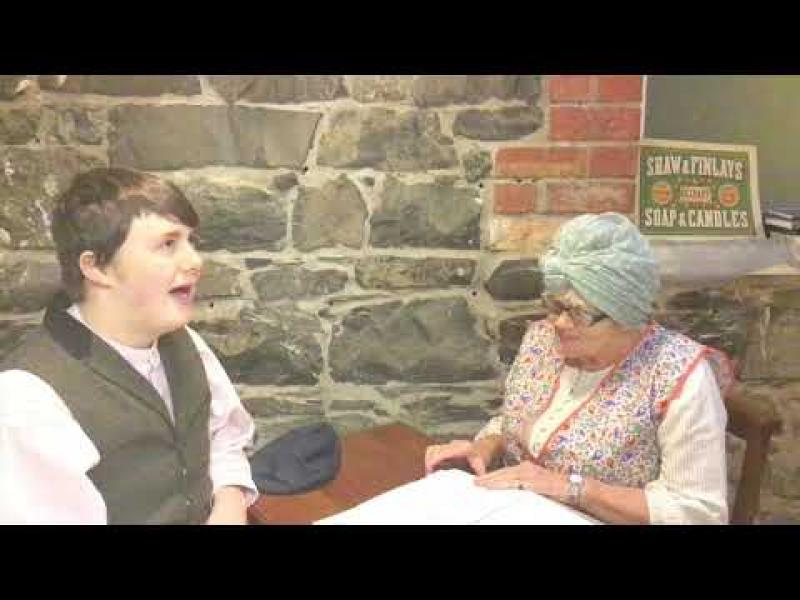 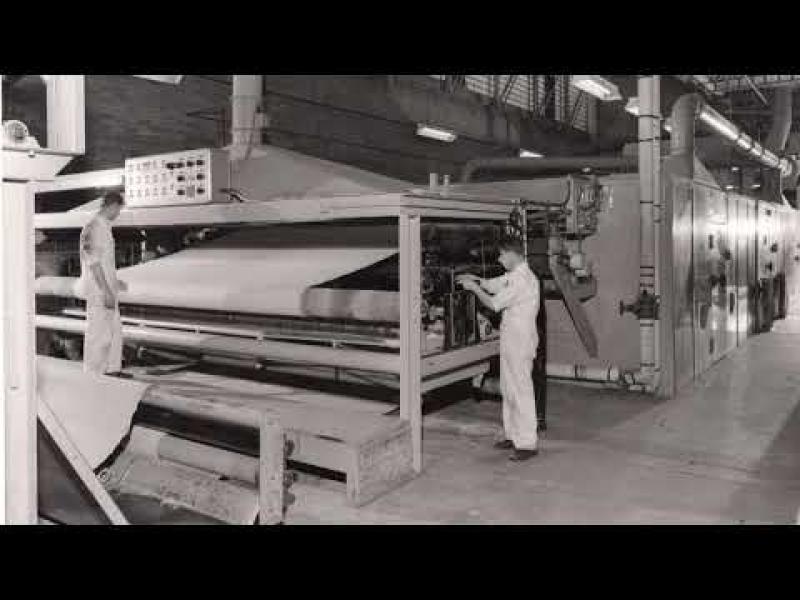 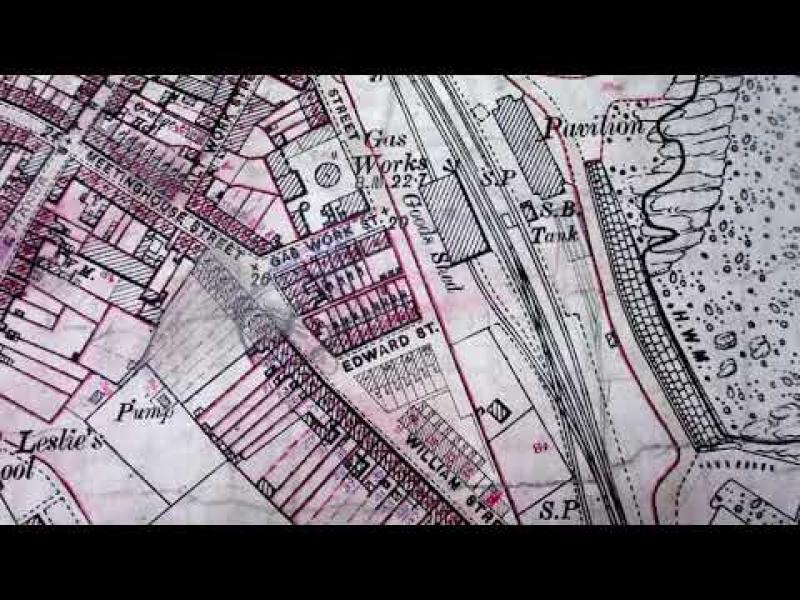