North Down Museum had planned a special exhibition to mark the 100th anniversary of the death of Percy French in 2020. Unfortunately, due to the current pandemic the exhibition, “Remember me is all I ask…” has been postponed until 2021.

In the meantime, enjoy this special online exhibition looking at the life and times of Percy French. This also offers us the opportunity to share some of the pieces too large or fragile to put on public display.

William Percy French was born 1 May 1854 at Cloonyquin House, County Roscommon. French was a successful entertainer, poet and songwriter, known for songs like ‘The Mountains of Mourne’ and ‘Are Ye Right There Michael’. Although French came from a privileged background, he preferred observing local characters who inspired his songs and sketches.

After graduating from Trinity College Dublin, French taught art at Foyle College, Londonderry before moving on to the Irish Board of Works. The job was not to last but his new position was perfect – editor of the new comic journal ‘The Jarvey’. Here he worked with the talented artist Ettie Armytage Moore. The pair fell in love and married in 1890.

A year later he met the respected musician Dr Houston Collisson, resulting in a successful partnership. Their act was a proper variety show with a dash of humour which toured around Europe and the Americas to critical acclaim. Their songs brought a touch of nostalgia to the Irish abroad. 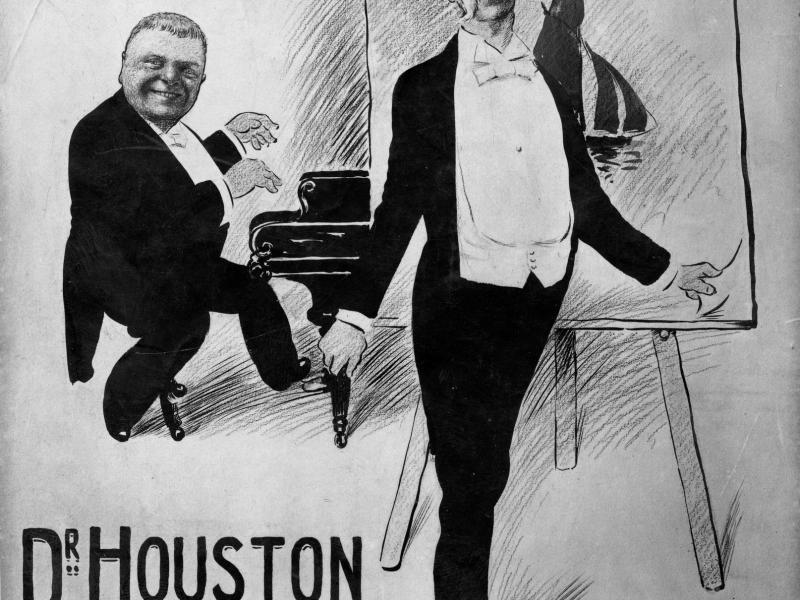 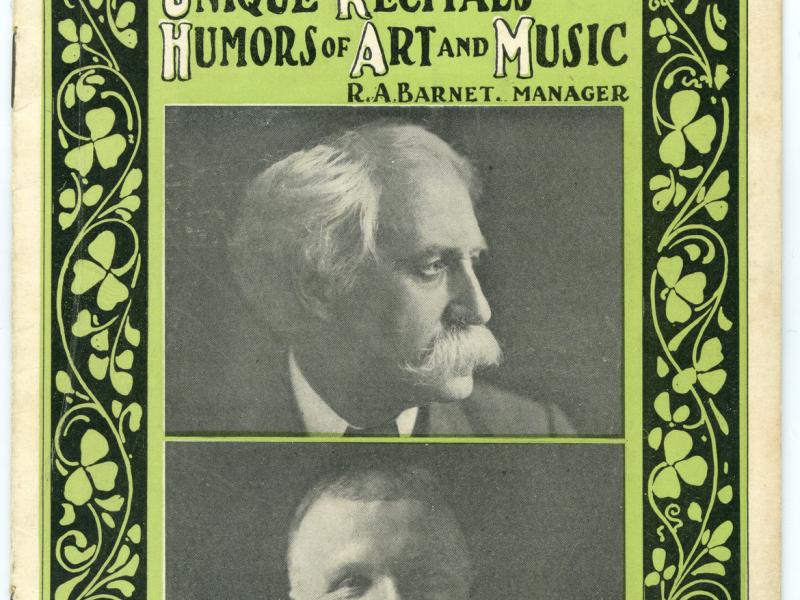 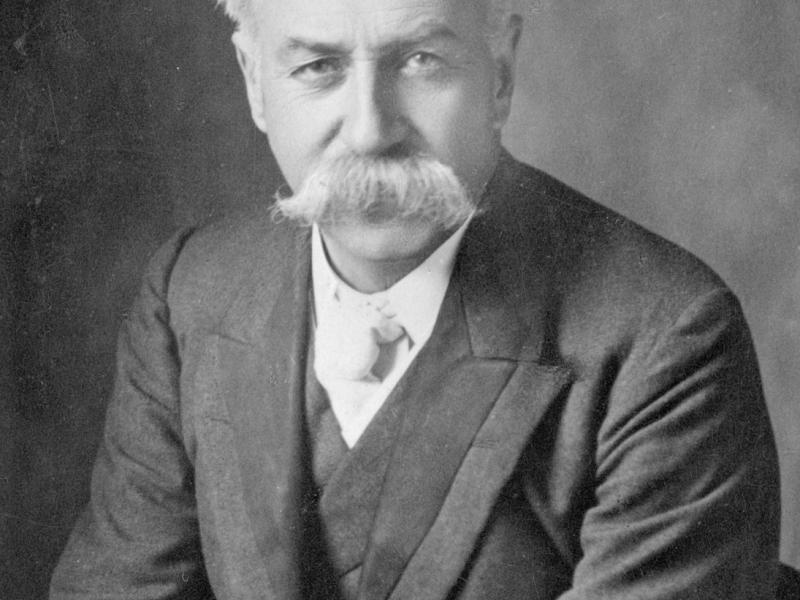 French’s most enduring legacy is probably his song writing, with over 50 songs in his back catalogue. The lyrics often reflect the stories he heard or the characters he met. French penned ‘The Emigrant’s Letter’ en-route to Canada after listening to two homesick Irish men on-board his ship. Other songs began as poems which he later set to music.

However, he went on to find love again with Helen Sheldon, known as ‘Lennie’, whom he married in 1894. Full of optimism he produced some of his most noted songs like ‘Are Ye Right There, Michael’, ‘Phil the Fluter’ and the quintessential Irish song, ‘The Mountains of Mourne’. 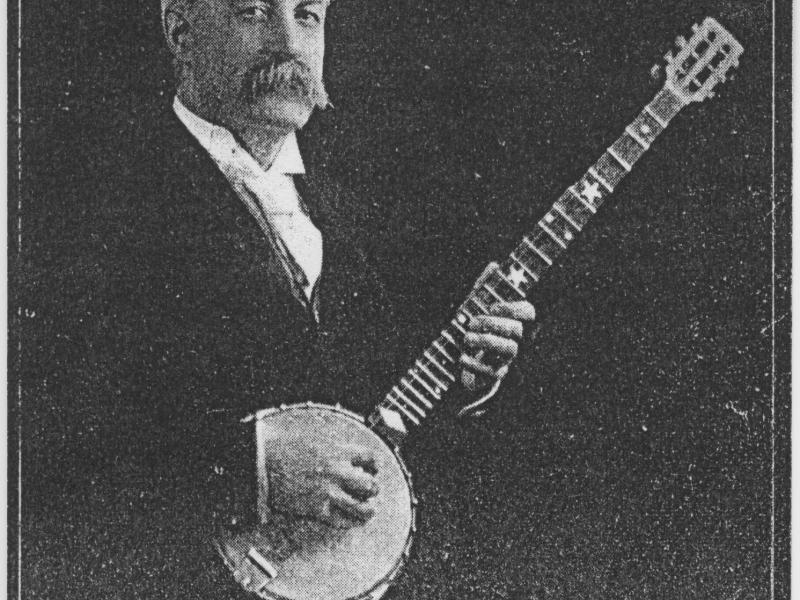 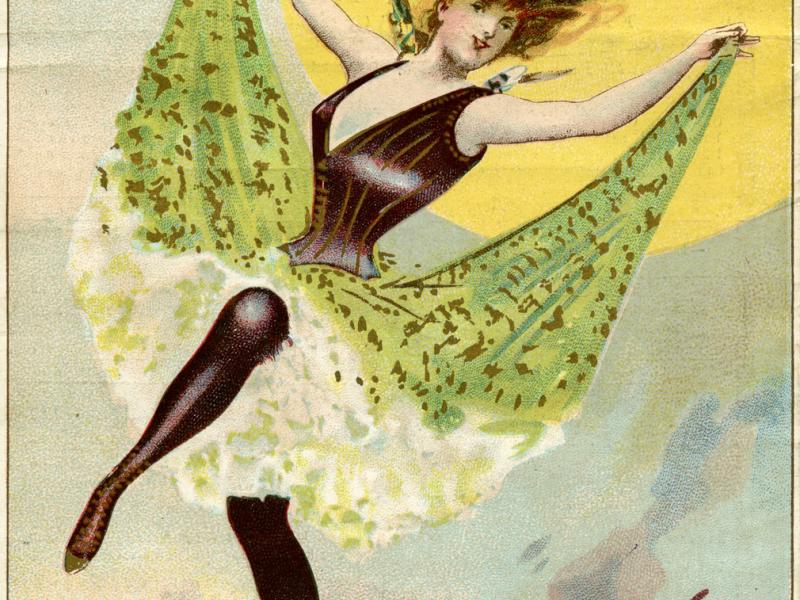 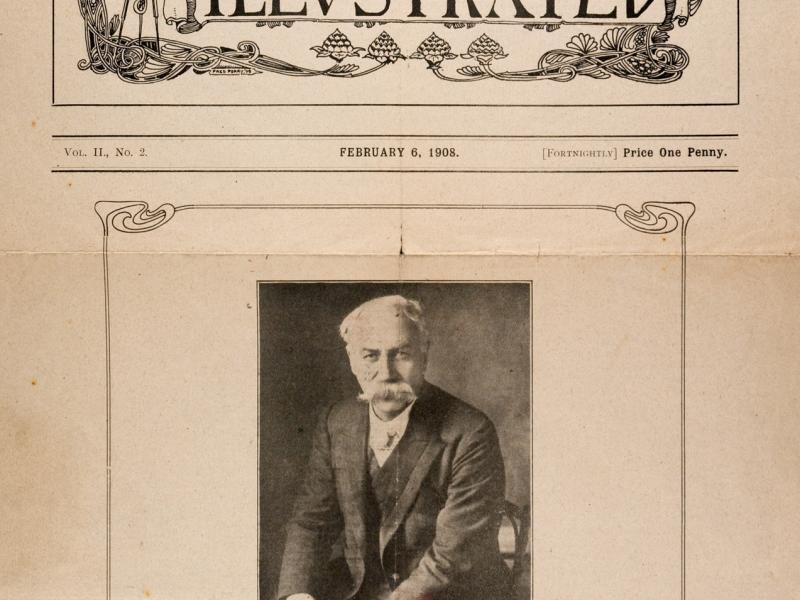 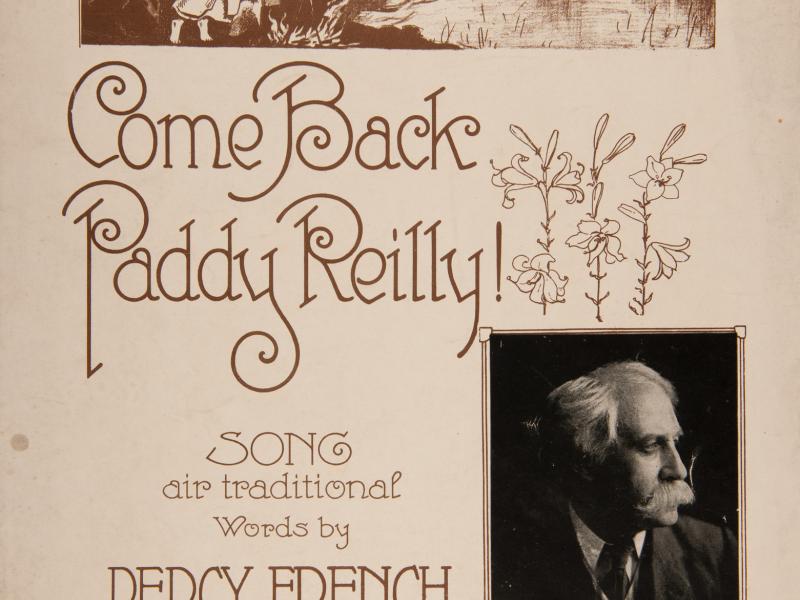 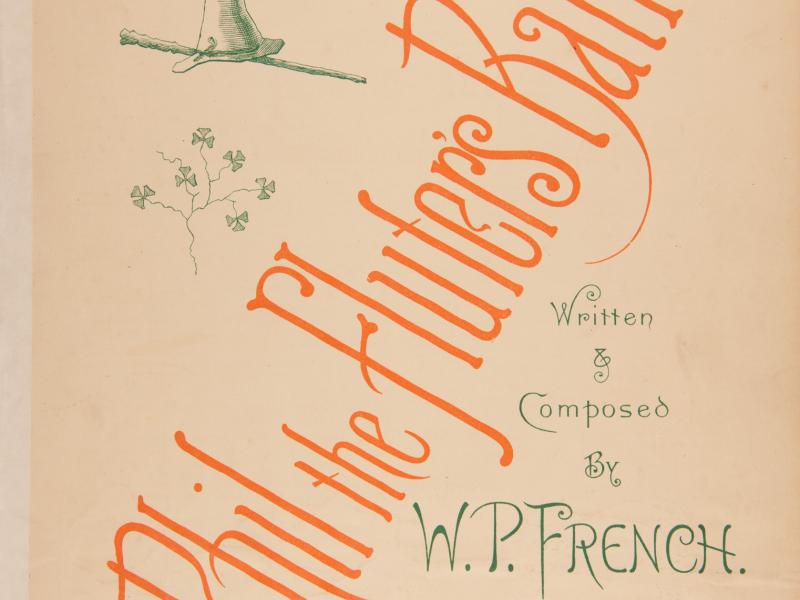 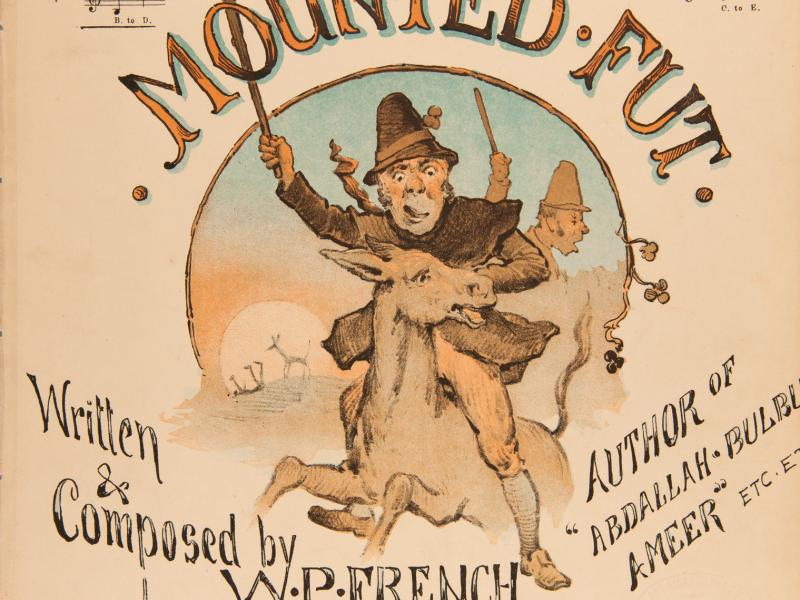 Click below to listen to 'The Mountains of Mourne' performed by Brendan O'Dowda and 'Come Back Paddy Reilly' performed by Peadar McMahon.

With such an impressive catalogue of music, it is easy to overlook French’s artistic side where he believed his real talent lay. French devoted his spare time to drawing and improving his technique. His daughter Ettie described how he painted while travelling: “with his block on one knee, colours on the other, and a small can of water hung in between by a string fastened to a waistcoat button”.

However, despite shows in prestigious London galleries, French often feared he was not good enough. The fact that his bog scenes captured the public’s attention, though he tired of them, further compounded this fear.

French was also a popular entertainer at private house parties. He even received the Royal seal of approval from the then Prince of Wales who wrote to thank French for his gift of a “book of watercolours and the ‘plate’”. The latter was a ‘smoke plate’, on which French etched a picture in the candle smoke. When King Edward VII and Queen Alexandra visited Mount Stewart in July 1903, French was asked to paint some commemorative works. 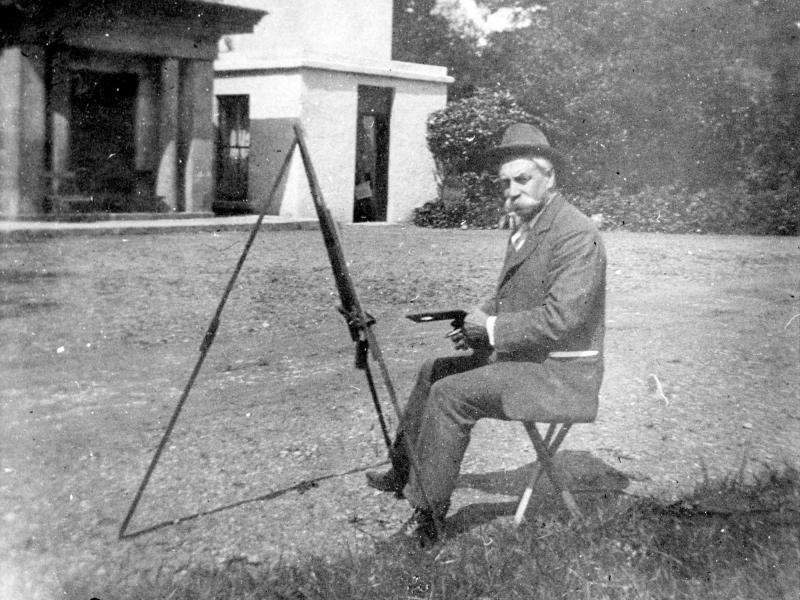 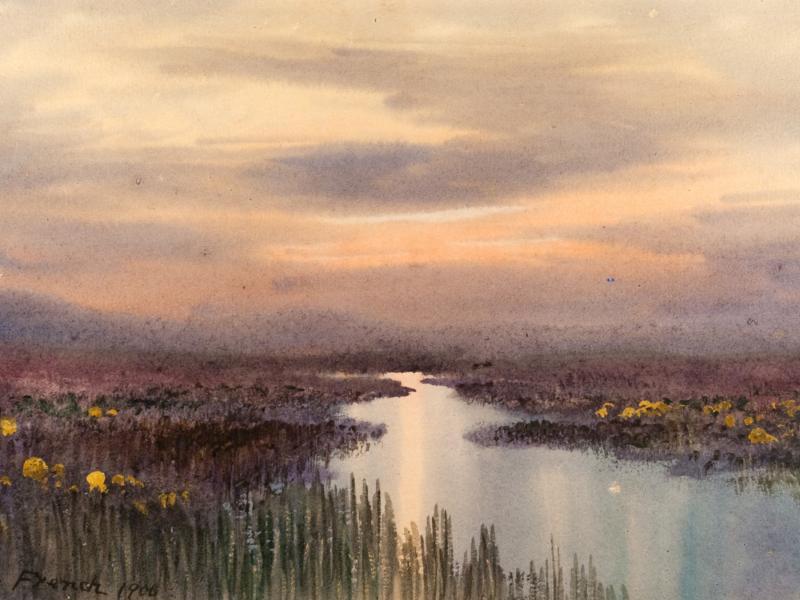 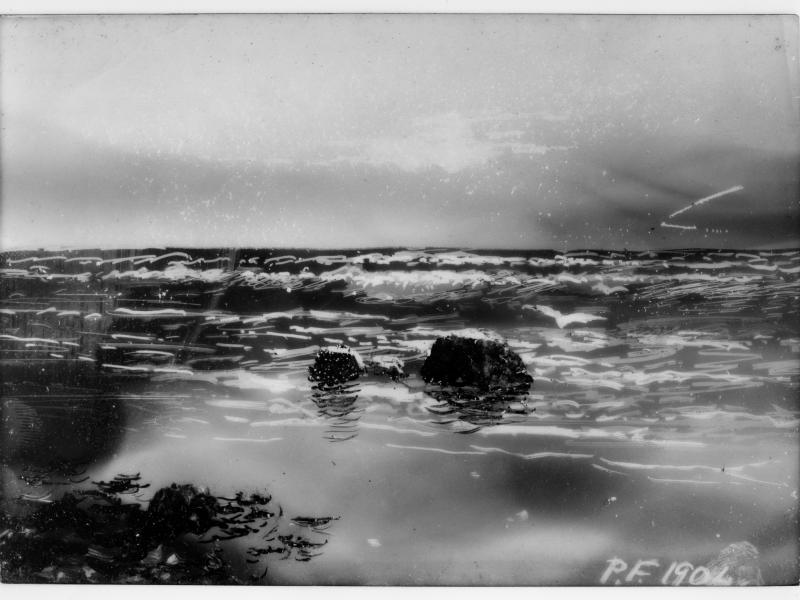 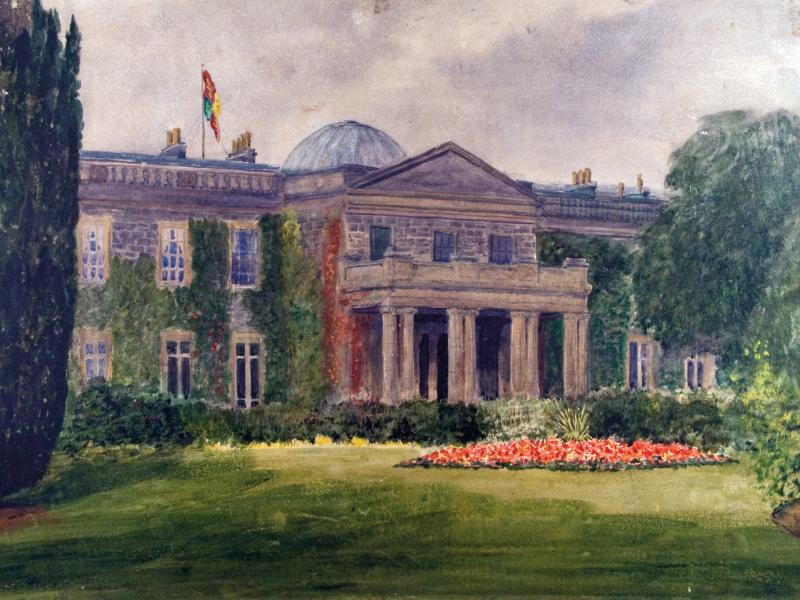 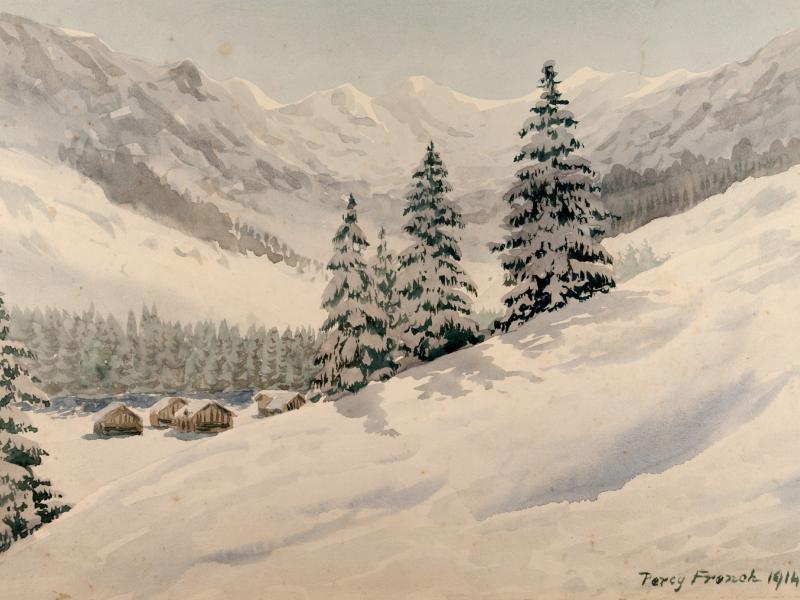 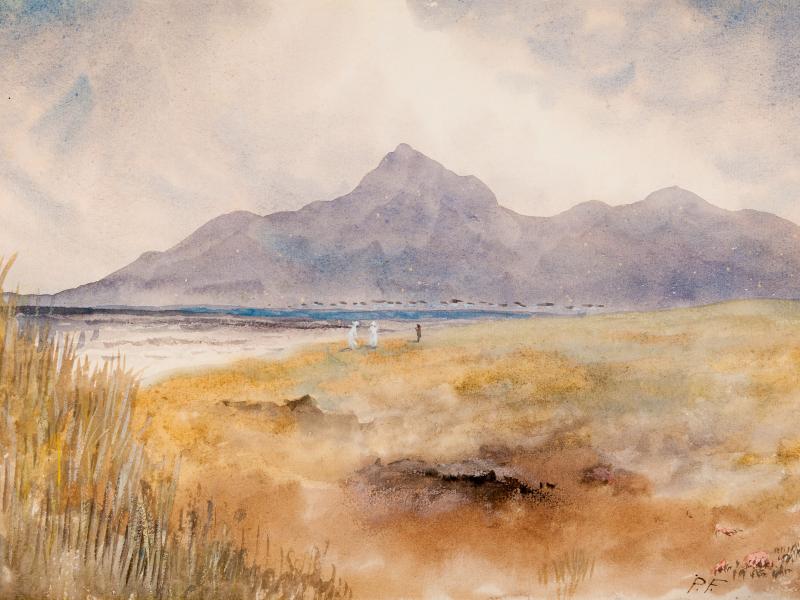 The Husband and Father

Despite the impression of a flamboyant character attending society parties, French was at heart a family man. The many letters in the Percy French Collection show the love of his wife Lennie and their children. His travels inspired fairy tales and poems for his daughters Ettie, Mollie and Joan.

During the First World War French worked tirelessly providing entertainment to soldiers on the home and war front, performing to troops in training camps including Shane’s Camp, Randalstown and Ballykinlar. However, French was often homesick.

French always ensured he had Irish tour dates. He depended on Lennie to organise bookings, replenish supplies, and look after the finances. This allowed French to devote himself to his work. Without her French may not have had the same career.

Sadly, the years of constant travelling took their toll on French’s health. On 16 January 1920 French fell sick on the way home from a performance in Glasgow so stopped with his cousin in Formby. Unfortunately, pneumonia set in and French died from heart failure on 24 January 1920. 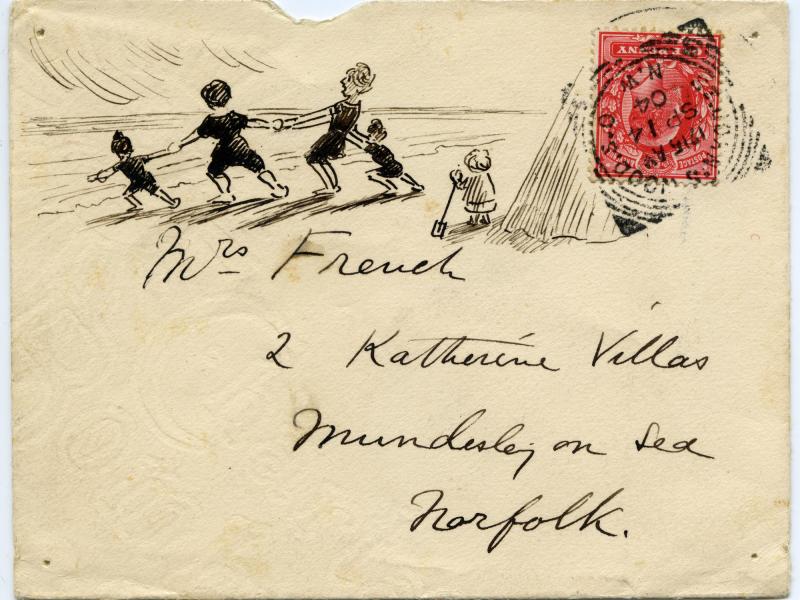 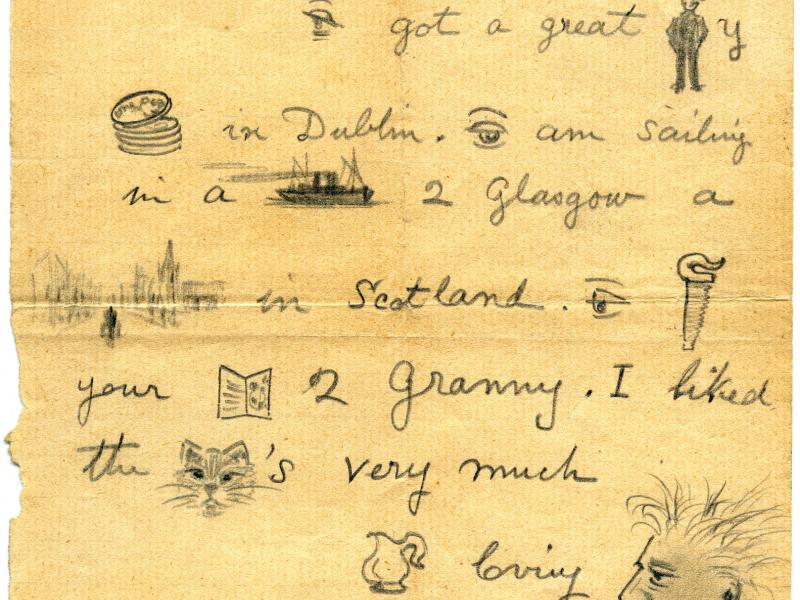 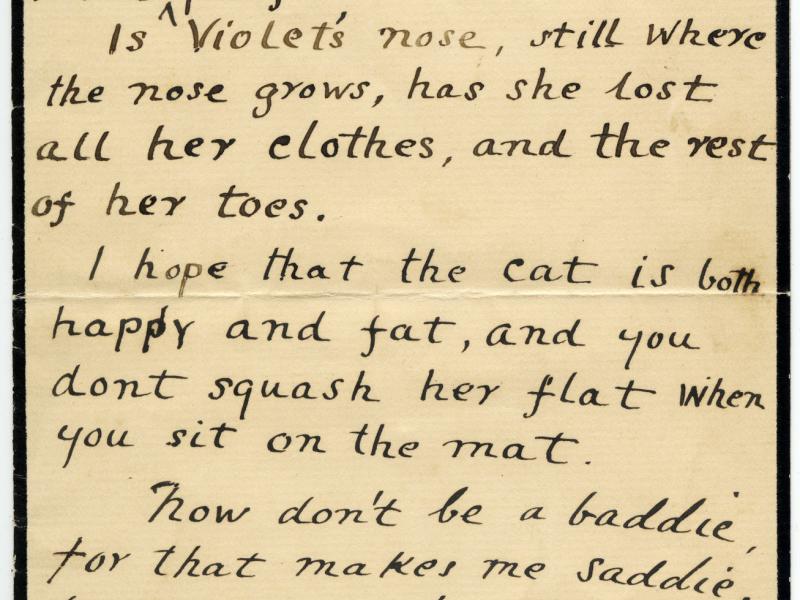 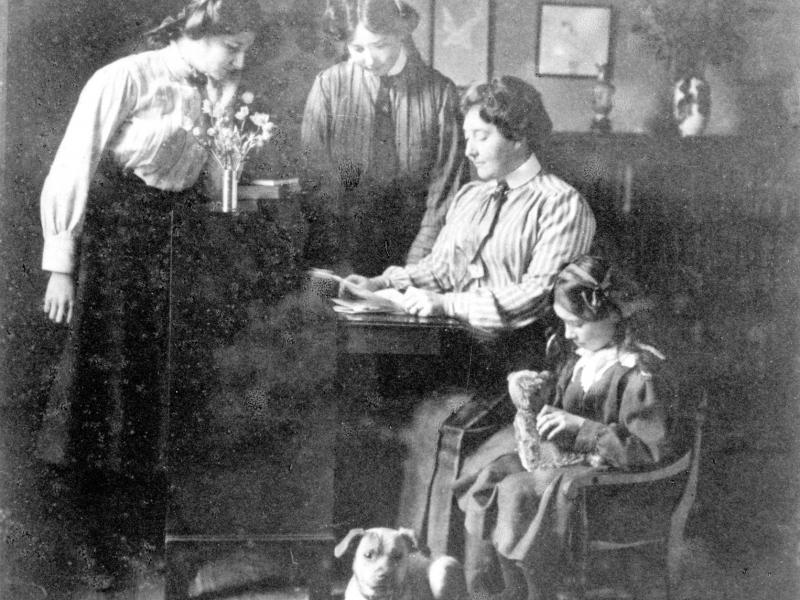 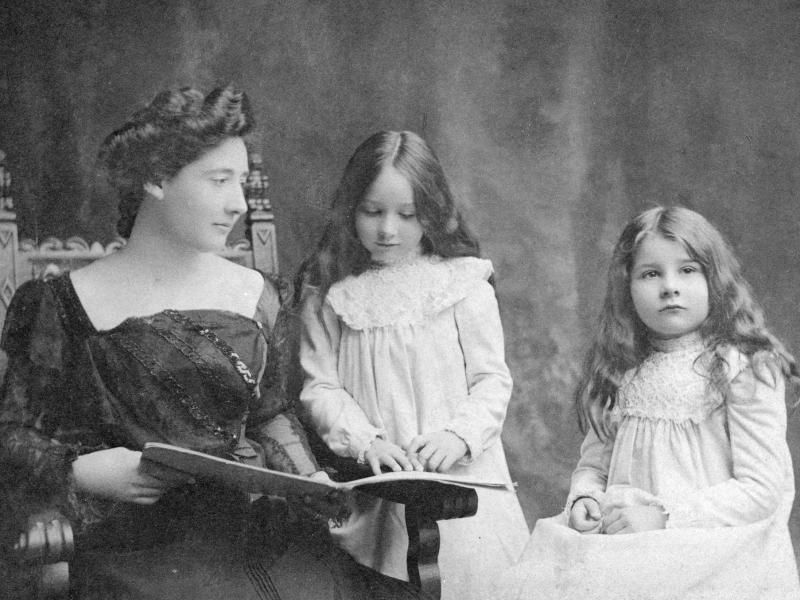 North Down Museum cares for a vast selection of French memorabilia in joint management with the Percy French Society. This includes song sheets, diaries, countless letters, around 120 paintings, and even a door from French's lodgings  in Baldoyle, pictured below.

Once confirmed, we will share details of the 100th Anniversary Exhibition, which is planned for 2021, on this website and social media. 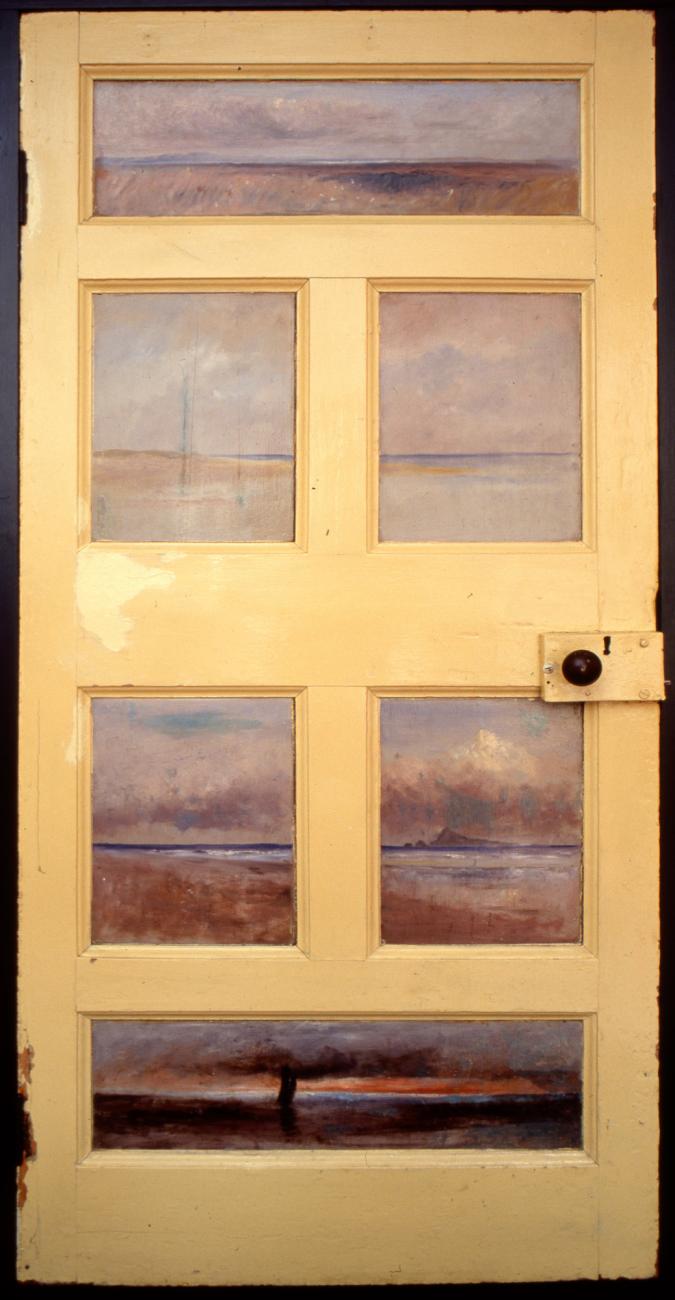