We are disappointed that we can't bring Aspects Literature Festival to you this year due to the current Covid-19 pandemic. Instead, we have put together a virtual celebration, showcasing some local writers and taking a look back at some previous Aspects events.

Author Marianne McShane reads from her book Rónán and the Mermaid.

As part of our virtual Aspects celebrations, we are delighted to showcase local children's author Marianne McShane. Hailing from Bangor, Marianne grew up listening to her Grandad tell tales around the hearth. Stories and legends filled her imagination.

Marianne’s debut book, Rónán and the Mermaid, inspired by a local legend, was published in May 2020 by Candlewick Press. Her next book, the story of a young Irish girl who must save her father from fairy spells, will be published by Candlewick in Spring 2022.

In this short video Marianne reads an extract from Rónán and the Mermaid.

Local poet Moyra Donaldson has long been a supporter of Aspects Festival, making her first appearance at the Festival in 1995 to launch her first book ‘Kissing Ghosts’. Since then, Moyra has made many appearances at Aspects where her performances have captivated audiences.

Over the course of her career, Moyra’s prize-winning poetry has been acknowledged by: The Woman’s National Poetry Competition, Allingham Award, Cúirt New Writing Award, North West Words Poetry Award and the Belfast Year of the Writer Award. The Arts Council of Northern Ireland has consistently recognised Moyra’s contribution to Northern Ireland poetry, most recently with their prestigious Major Individual Artist Award 2019.

In this short video, Moyra reads new poems ‘So What if We Break Them’ and ‘Growing Things’ which were written during lockdown. These poems are part of a new collection 'Pestilence' in association with Lapwing Publications where poets have responded to Coronavirus.

Amy Louise Wyatt is a poet from Bangor. She was shortlisted for the Seamus Heaney Award in 2018 and 2020 and won the 2019 Poetrygram Prize. She is Editor of The Bangor Literary Journal. Amy’s debut pamphlet ‘A Language I Understand’ is forthcoming in late 2020 with Indigo Dreams.

Amy has been involved with Aspects Festival for the past five years, organising the Bangor Poetry Competition at her studio The Blackberry Path on Gray’s Hill in Bangor and hosting many successful poetry events showcasing local poets.

In this video, Amy reads her poems ‘My Granny’s Budgies’ and ‘Miniature’.

Audio from the Aspects' Archives

Aspects has a long history of inviting stars of the literary world to Bangor. We have selected some audio clips from the archives to highlight some of our memorable events from the past 28 years.

Take a Trip Down Memory Lane...

As one of Ireland's longest running literature festivals, Aspects has featured many renowned writers on its programme over the years. We've dug into our archives to bring you a selection of photos from previous festivals. Can you recognise any famous faces? 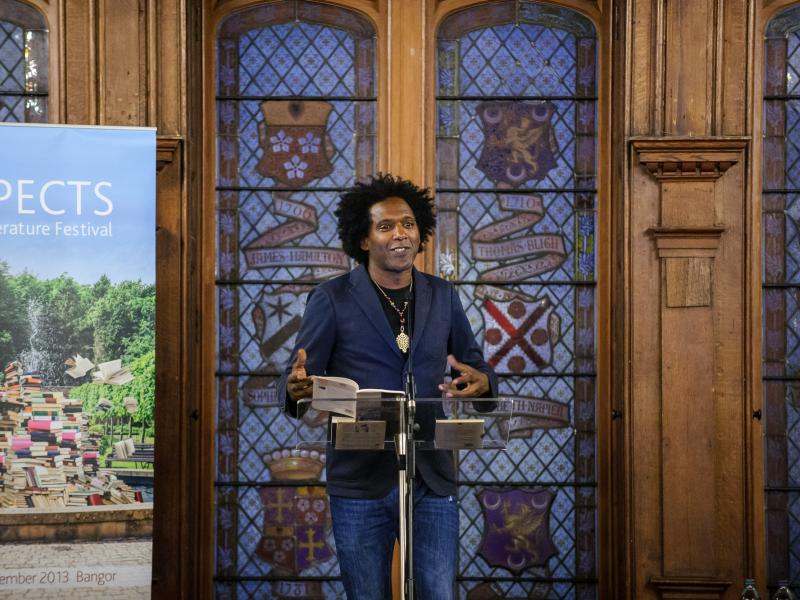 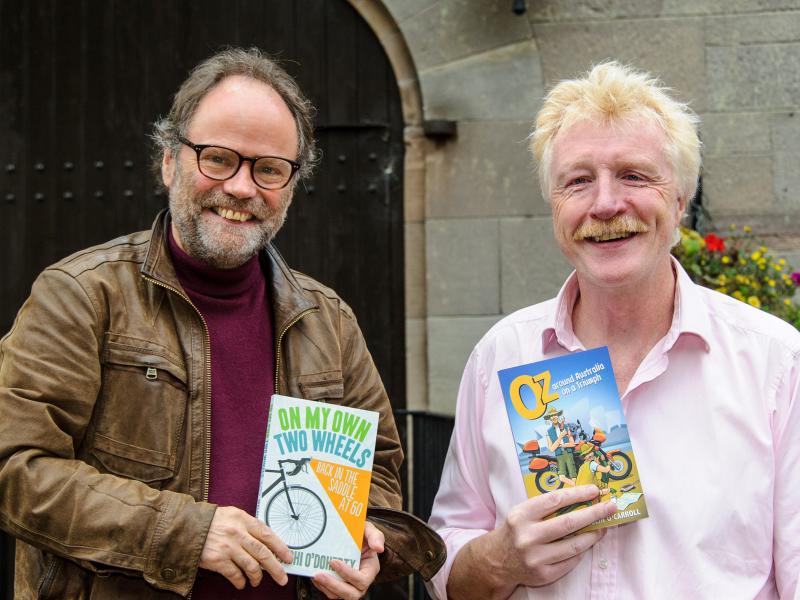 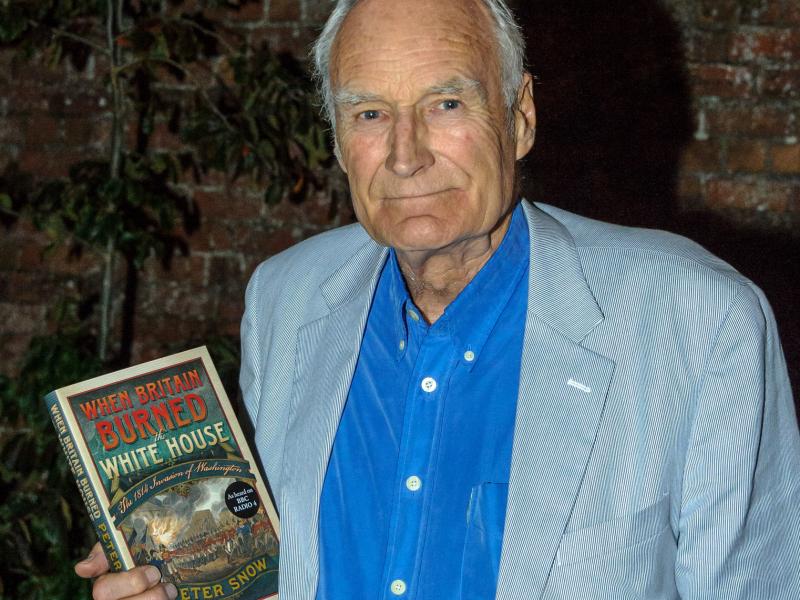 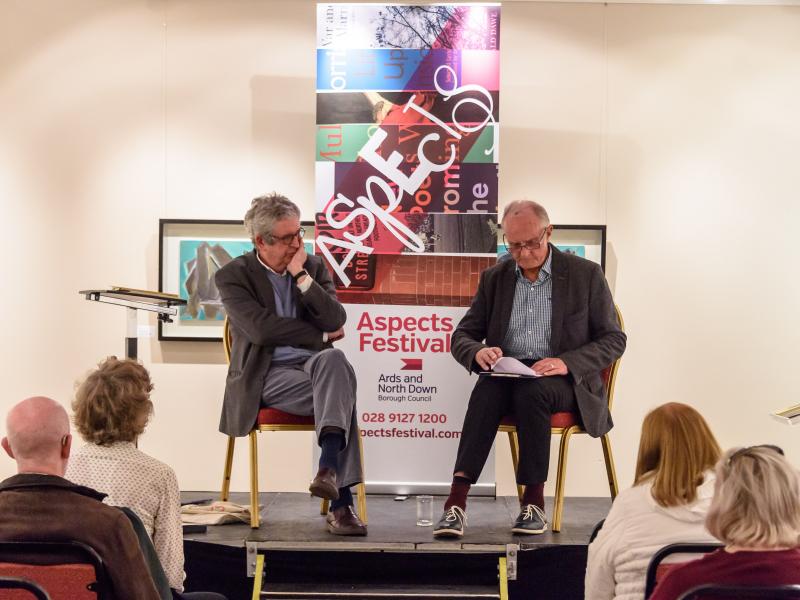 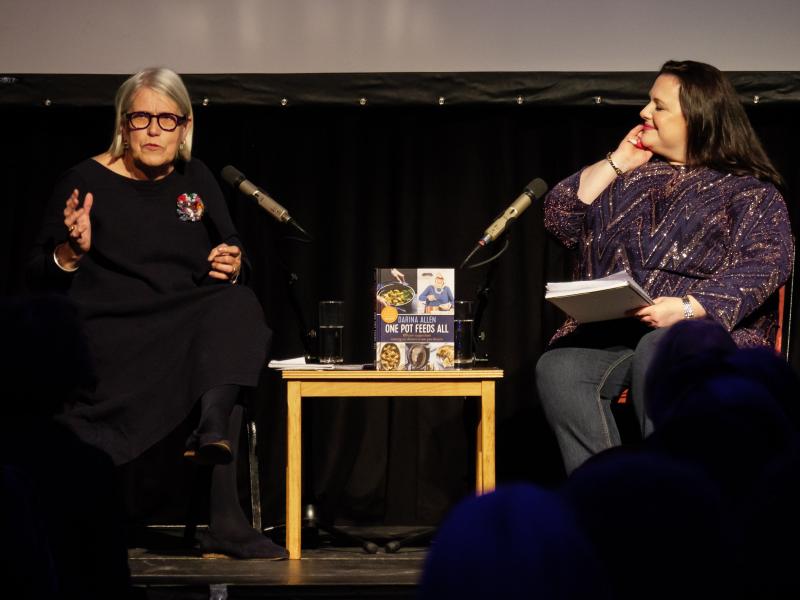 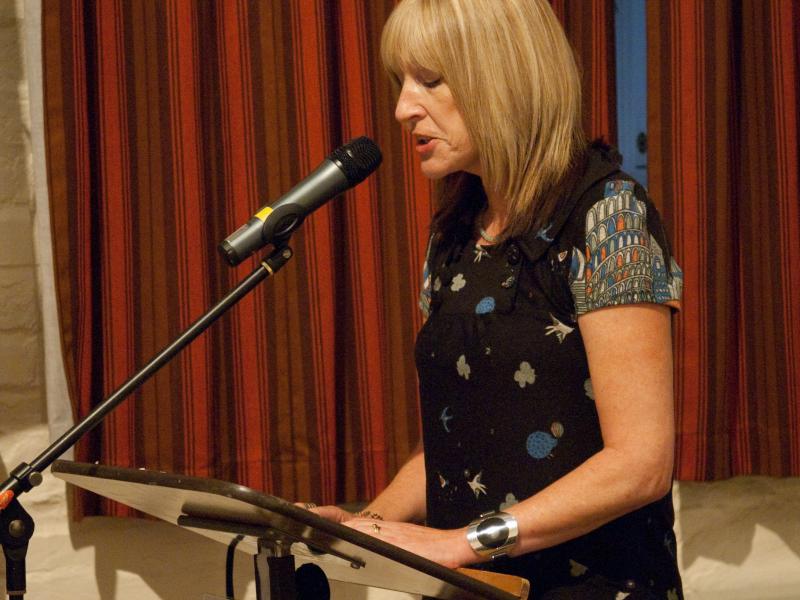 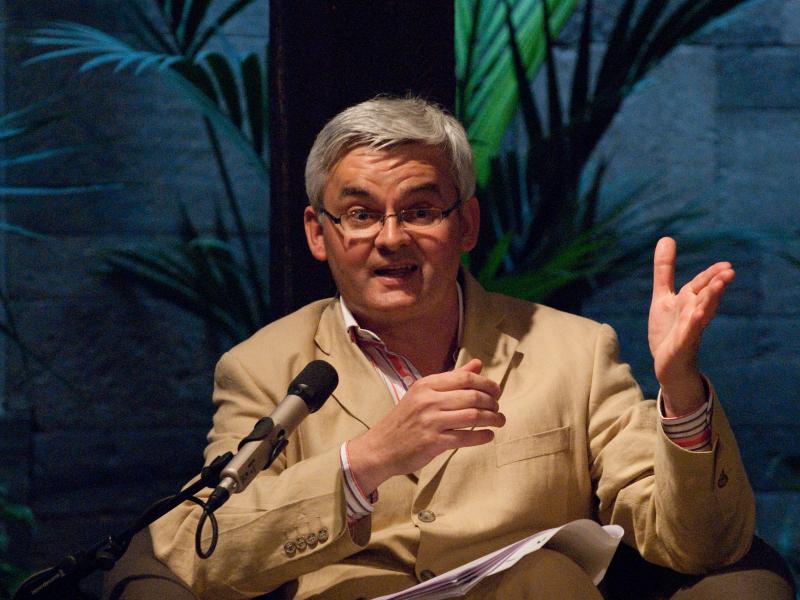 This is a virtual exhibition

Getting to Aspects Festival - Virtual Celebration